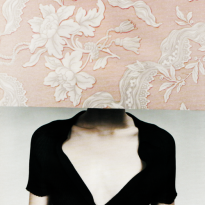 Of Dreams and Rust 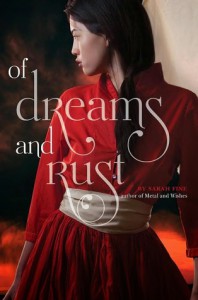 I am not quite sure how to explain the feelings after finishing “Of Dreams and Rust”. Its predecessor wowed me only a few weeks ago and I couldn’t wait to see where Fine decided to take the story next. However I was feeling skeptical, this time for a different reason. While it is clear why many assumed or wanted there to be a second book, at the same time, “Of Metal and Wishes” stood as a powerful and moving book that did not necessarily need a continuation. It would be tough to follow up such an emotional and moving story, and I crossed my fingers in the hopes that I would love its successor as much.

While I did still enjoy “Of Dreams and Rust”, it felt like a more dilute version of the extremely concentrated, energetic first book and to a degree I was left a little sad and wishing that the author didn’t spoil the readers by indulging their curiosity an providing them with the “answers” to the problems of the previous book. Yes, the issue of the war was addressed and for people who are always siding with one of the love interests in the hopes that the heroine chooses him there is a decision that is made in the end on who Wen “ends up with”. However it wasn’t as clear cut, I think, even in the end, and for me that was a small victory, to see that Wen maintained her personality until the very end and remained a logical and empathetic being who didn’t lose her essence in the sequel. But the book lacked that punch. I daresay it almost felt like the author was writing it out of obligation to the readers or the publishing company in order to satisfy cravings and curiosity, which shouldn’t have been the case. It was still well-written and the characters were, again, well developed and maintained their essence, but it felt somewhat hollow. There was something missing. And in the end the conflict of war is still left hanging in a similar way to the first book, which made me wonder if everything should’ve been left the way it was and the romantic conflict and war left up to the whimsy of readers.

Reading the sequel felt like reading a generally stable story that would have the occasional burst of energy which tugged at the emotion long enough to grab at the reader’s conscience before suddenly sinking back down. I wasn’t as emotionally involved, sadly, as I was in the first book. Yes, I still loved Wen and was always in agreement with the decisions she made and her thought processes, but it was somewhere around the time when she was on the train and talking to the soldiers that I realized something was amiss. There were still the same atrocity stories being exchanged by the two groups and the hatred toward the Noor, but somehow there wasn’t the same emotional emphasis backing them up. I don’t know what it was. But it lost that magic it had in the beginning in the attempt to show the conflict of war and how it plays on the human conscience, Melik being the obvious example when Wen tells him how she cannot believe all of his actions she has seen. That Phantom of the Opera flavor evaporated and the love triangle which was heavily skewed in the first book was played around with too much in the second book I think.

There were some good choices the author made, like Wen’s reevaluation of some of the daydreams she had of Melik for the last year, or Bo’s character in the last few chapters, but then there were others like the scene in the cave that felt somehow off, like they were written to satisfy the craving for a YA plot detail that it seems like many book series can’t go without. Somewhere along the way the writing lost its original passion and it made me feel sad, because I loved the first book. As a result it should’ve stayed as a standalone novel, I think, because over the course of reading the sequel warped into something different that wasn’t the same. I enjoyed it, but I didn’t feel like my heart got stolen away by the characters or the story. Other people might’ve had lower expectations, or were satisfied by the familiar YA conventions, but not me. It was a good sequel, but a tad disappointing.